Horse Blood, Opium, and Murder: The Life of Richard Meinertzhagen
The two marks of a great military leader are a brilliant mind and idiotic opponents.  Colonel Richard Meinertzhagen had both.  During World War I, his clever and deceptive tactics proved vital in assuring the British victory in Palestine.  Like most successful military leaders he had a nasty side, but his brilliant deceptions won the day in Palestine, and later influenced the counterintelligence tactics of WWII.
Growing up in England he was a good friend of Herbert Spencer, the man who coined the term "survival of the fittest".      After a brief stint in business, he joined the British Army and slaughtered some Africans (though he apparently regretted it later).  Also, while in India, he murdered one of his assistants in a fit of rage and got the police to cover it up.  Oh, and did we mention that his wife "accidently shot herself in the head" while the two of them were alone?  As Colonel T.E. Lawrence put it:
"Meinertzhagen knew no half measures. He was logical, an idealist of the deepest, and so possessed by his convictions that he was willing to harness evil to the chariot of good. He was a strategist, a geographer, and a silent laughing masterful man; who took as blithe a pleasure in deceiving his enemy (or his friend) by some unscrupulous jest, as in spattering the brains of a cornered mob of Germans one by one with his African knob-kerri."
- Seven Pillars of Wisdom
If you creep out T.E. Lawrence you know that you are in trouble.  Anyways, wife-murder aside, lest get on to the reason that most people actually love this guy. 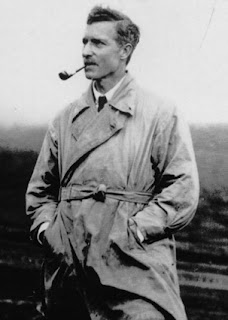 A nasty man with nasty plans.
As has already been mentioned, World War I is portrayed as being one of the most boring events in history.  Admittedly, the Western Front was.  However, there is a reason that it is called World War I, and the various sideshows are certainly worth examining.  When the Ottoman Empire joined the war, they ruled an empire that included Palestine.  The British immediately attacked out of Egypt because… well… war and stuff.  The campaign stagnated near Gaza and things quickly descended into trench warfare.  To remedy this, the British tried several unconventional tactics.  First off, they sent Colonel T.E. Lawrence to organize the Arabs into a guerrilla force that would harass the Turkish supply lines.  As for breaking the trenches themselves, they went to Meinertzhagen. 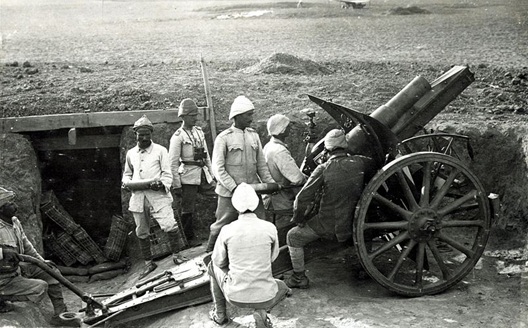 A Turkish howitzer.
First off, he found out that the Turks were low on cigarettes.  He promptly bought tens of thousands of packs of cigarettes on the black market, wrapped them in propaganda, and dropped them on the Turkish troops.  The Turks dismissively smoked the cigarettes and used the pamphlets as toilet paper.  Unfazed, Meinertzhagen then pulled off one of the most brilliant deceptions of his career.  He took a bag and filled it with plans for an assault on the city of Gaza.  He then filled the bag with cash, a fake letter from a fake officer's wife, and a real code cipher.  He then smeared the bag in horse blood and rode off into the no man's land.  As soon as the Turks opened fire on him, he rode back towards the British lines, dropping the bag as he went.  To cap it off, he then started broadcasting fake orders over the radio that the Turks translated with their new cipher.
All of this served to keep the main Turkish force tied up in Gaza, leaving the city of Beersheba on their eastern flank lightly defended.  Unfortunately this still meant trenches and machine guns capable of chopping up most assaults.  To remedy this, Meinertzhagen bought a hundred and twenty thousand more black market cigarettes.  These he dropped on the Ottoman lines as well and the Turks again proceeded to smoke them and laugh about how stupid the British were.  This time, however, the cigarettes were laced with Opium and by the time the British attacked most of the defenders were asleep.  The result was the last successful cavalry charge in history as the British smashed through the sleeping defenders and broke the stalemate.

The British charge at Beersheba.
Later in life, Meinertzhagen became friends with General von Lettow-Vorbeck and spoke with Hitler on several occasions.  A few months before the outbreak of WWII, Meinertzhagen entered the Reichstag to talk with Hitler.  Hitler, being an idiot, didn't have Meinertzhagen searched for firearms and it just so happened that he had a loaded pistol in his pocket.  Obviously he didn't shoot, but historians can still debate what would have happened had he done so. 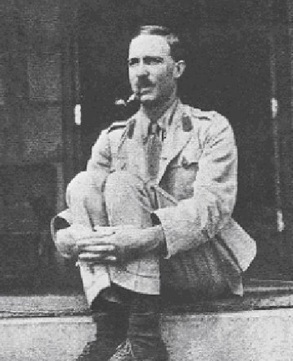 Military genius and serial killer.
Evidence later emerged that he had falsified and made up many of his diary entries.  As such, this calls his Hitler anecdote into question.  Consider, however, that Meinertzhagen's talent was deception, and if he fooled historians for decades that at the very least deserves some credit.  During WWII, the British drew inspiration from many of his schemes.  Most notably, they found a dead homeless guy, dressed him up as a colonel, gave him a briefcase full of fake battle plans and dumped him off the coast of Spain.  One cannot deny that Meinertzhagen had the unfortunate tendency of murdering people.  The only thing that can be said in his defense is that his deceptions probably saved more people than he killed.  That and historians love to read about him.
Posted by Unknown at 7:27 PM